The Journalism Major prepares students for careers in the news media preparing for positions with newspapers, magazines and broadcast stations as multimedia reporters, photographers, writers, editors and producers.

The Campus Times has been published continuously since 1919, making it La Verne’s first student-run organization. The Campus Times has been recognized as the best weekly college newspaper in the state by the California Intercollegiate Press Association and has received consistent All-American honors from the Associated Collegiate Press and Gold Medal awards from the Columbia Scholastic Press Association. 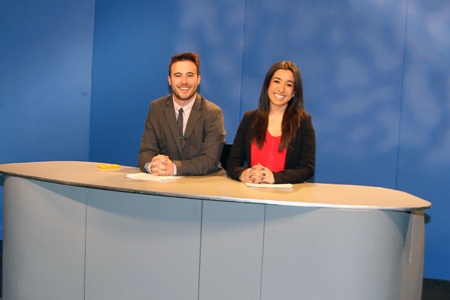 La Verne Magazine is a subscription-based city magazine published by university journalism students. The Society of Professional Journalists, Associated Collegiate Press and Columbia Scholastic Press Association have repeatedly honored it for its design, writing, and photography as one of the best collegiate magazines in the state. Regional libraries such as Honnold Library and the Los Angeles County public libraries recognize the magazine as a documentary publication that is cataloged in perpetuity in their journal archives.

And other courses in the Communications Department, Art Department, Computer Science, Photography, and/or other related fields.